SpeedyCam is a web site showing time-lapse movies of local roads. When I’m on the road, I take a picture every second using a webcam and save them as a movie to be broadcast on this site. 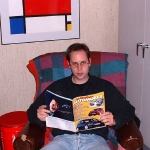 I got the idea for SpeedyCam some years ago, when I watched the video clip of Madonna’s “Ray of Light”. That video featured some time-lapse sequences.

At that time the idea of “time-lapse road movies” was born but I didn’t really know how to start. I needed to get some equipment first. After a little thinking and searching, I found a Logitech QuickCam in our basement.

The webcam was supposed to be connected to my Apple PowerBook G3/333. A nice and fast laptop computer with a long battery life. This is important because the camera draws its power from the computer.

After using the QuickCam for a couple of months, I upgraded to a iREZ Kritter SV and iREZ CapsureUSB. The quality of the movies is much better and it’s easier to mount correctly in the car. I wrote a short comparison of 4 different web cams which you can read on SpeedyCam as well.

As the filming equipment was quite easy to assemble, I still needed a car to mount it in. I had various options which are listed below… 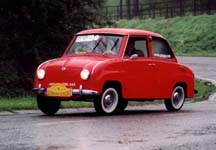 The first choice was a 1964 Goggomobil Sedan T 250-01 because of its very low fuel consumption (only 3.9 litres/100 km). However as the top speed of this automobil is so slow, it wouldn’t make much sense to try time-lapse movies: capturing 1 frame per second would have been close to the actual speed of movement… No offense to any Goggo-Driver, but my web site is called SpeedyCam… 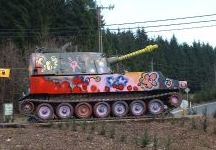 My second choice would have allowed me to go down the road less travelled… This nice example of precise military machinery is parked just outside of Camp Elsenborn, Belgium. It used to be painted in camouflage colors but somebody decided to paint it more colorful… (it’s now back to green again). There are a couple of reasons why I didn’t install my in-tank web cam in this vehicle. First of all, I wasn’t allowed to do so and then it would have been too noisy. The tank’s top speed is also about as fast as the Goggomobil although with a much higher fuel consumption. 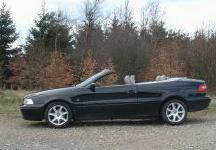 Here’s my third choice. The Volvo C70: one of the safest convertibles around. It offers a great price/performance ratio, but as we don’t have the best weather around here, the web cam would easily fog up or get wet. The electric roof takes 30 seconds to close which could be too long to keep our movie equipment safe. Besides that, my father wouldn’t let me use it just to film road movies. It has a top speed of 250 km/h (160 mph) which would have been too fast for our web cam. It’s quite a thrill to take this car onto the German autobahn on a Sunday morning…

After evaluating all those different vehicles, going from small to strong to safe to fast, I had to find an ideal solution. And that solution was right in front of me. The car that I use every day… my own car. 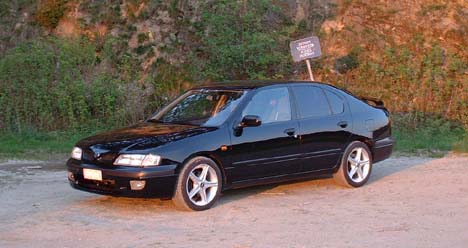 Ok, it’s not your standard Cosmic Edition… A few minor changes were done to it (aka Sportline by Schauff). The car received 16″ ASA wheels, tinted rear windows, a Remus sports exhaust system, a sport front-grill and a sport suspension.

I’m not a playboy and not a person who would prefer a BMW, so I guess this Nissan is just right for traveling around. People might have gazed at the Goggo, the tank or the Volvo but with my Primera I enjoy living on the fast lane shooting movies for your entertainment.

After I assembled the webcam, the car and the computer, I finally had the ultimate weapon to conquer our local roads for movie production. I hope you enjoy our movies.

By the way, I’m also looking for people who submit their own movies. They could be published on this web site. Drop me a line through e-mail if you’ve got your own time-lapse footage.

A childhood dream come true: the Corvette C7 Z51 will be used for all future time lapse movies.

In April 2012, we received a new Volvo S60 D3 R-Design. Due to new tax-regulations we had to down size the company car. 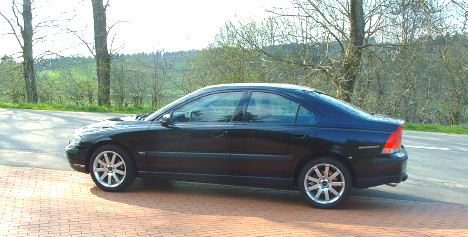